I found the movie Hotel Rwanda very inspirational. Paul Rusesabagina was the main character in the film and played as the owner of a hotel in Kigali, Rwanda. He was a Hutu man but was married to a Tutsi which made matters difficult. The movie portrayed the time when Hutu power was rising and violence was increasing in Rwanda. Rusesabagina was portrayed as kind of the hero in the movie, by taking in countless Tutsi children, families, and anyone trying to find a safe haven into the hotel. He protected them any way he could and strived to stop the killings. Georges Rutaganda was a supplier for the hotel but also the leader of the local interahamwe which was the violent Hutu militia. Rusesabagina later bribed him to help protect the hotel until he could figure out how to save them from dying. Rutaganda also knew of Ruseabagina’s Tutsi  wife and was only a matter of time till he acted upon it. There was rising violence between the Hutu’s and Tutsis but the violence got extremely bad when the president Habyarimana was killed and his death was blamed on the Tutsis. There was mass violence on the streets and it spread everywhere. People were armed with machetes and guns ready and fired up. Rutaganda told Rusesabagina that the local interahamwe bought thousands of machetes “from China for 10 cents each”. I found the use of radio propaganda quite interesting. It was their main media outlet and the Hutu power used it to almost brain wash all Hutu’s. Constantly saying things like “remember one cockroach can start an infestation”. Once the president died they were saying “killed by the Tutsi cockroaches! Let us go to war, let none of them escape”. The UN was there from time to time, but didn’t do much to help the situation, they were portrayed as almost an accessory or task force that was there to help but didn’t do much helping till the very end when the refugees of the Hotel finally got to a safe zone to be transported out. One thing that I was curious about was the children of intermarried parents. All people had ID cards that were labeled either Hutu or Tutsi but there were children of mixed identity. It made me wonder what their cards are labeled as or if checked did the Hutu parents just show their card for them? 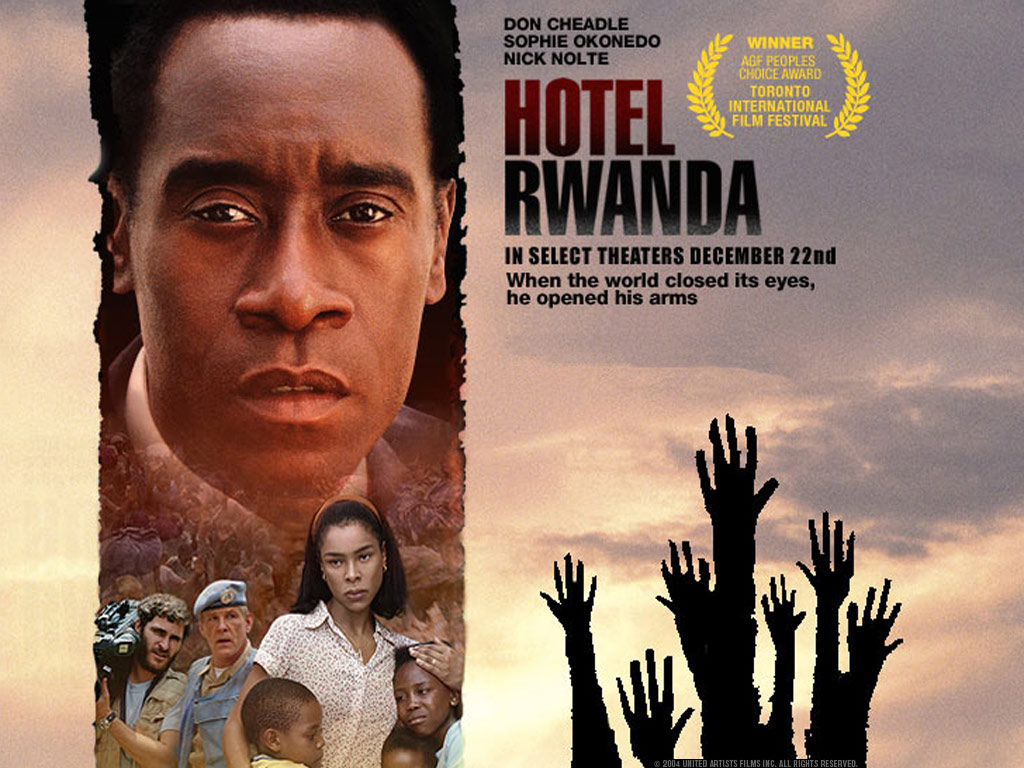